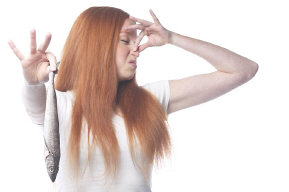 We now know that omega-3 is something that is good for our bodies. The question is which is better, flaxseed oil vs fish oil in order to get this body-enhancing Omega, as we do not produce this naturally.

The debate on this has raged on for a few years. On each side of the argument, there are also pretty compelling reasons for each product, so it does make an interesting debate.

Various case studies have been produced to help answer this question. I have examined the latest research and studies to help you decide which is the best oil supplement for you to take.

The good news though is that if you take either, then you are already in a better place than most people who don’t. In essence, this debate breaks down into how quickly, and to what effect these oils can start to do their work. Many of the arguments can get very technical.

I have tried to cut through the terminology used and make it as simple to understand as I can. It is however quite complex and will take a bit of reading to grasp the key differences.

As I said this debate has been ongoing for some years. I think it is always best to look at the most recent information that is available. There have been a number of case studies conducted.

The most recent was done by the US National Library of Medicine. This study looked at Linum Usitatissimum which is the official name for the flax plant. Flaxseed oil is produced and used by different people for a variety of medical reasons.

These included diabetes, osteoarthritis, anxiety, dry eyes, and atherosclerosis. It has an impact on heart disease including high blood pressure and ADHD. Other people used it as alternative remedies to help with weight loss, prevention of breast and prostate cancer and to improve their skin and hair.

Bodybuilders were also frequent users of this oil, and many other people use the oil simply for cooking. You can find out about those in the video below.

Their database of information clearly showed there was no clear cut evidence to support any of the above claims. It also stated that a more detailed analysis would be required to be able to reach any clear conclusions.

You will find that much of the available research that is available is hearsay rather than having been completed in some medical or scientific place, under controlled and measured practices.

Interested parties also tend to push their view rather than actually deal with the facts.

Personally I take flaxseed oil as I simply prefer the taste of it to fish oil.  Flaxseed has a nutty taste that I would compare to almonds and I find it pleasant to take.  Even though I like to fish, I just find the fish oil a little overpowering. I know that many people feel the same way.

For many, it is simply a question of preferred taste when it comes to flaxseed oil vs fish oil.

There are two types of fatty acids that you should be aware of. These are Omega 3 and Omega 6. The average person gets plenty of Omega 6 in their normal diet but most people are deficient in Omega 3.

The Omega 3 in flax does, however, have to convert when it enters the human body. That conversion process varies from person to person. That is why some people prefer fish oil as there is no conversion process required. So as you can see with taking either, you get the benefits of the Omega element, and in truth, which oil you take in many cases will simply come down to your own personal preferences.

Other Advantages of Flaxseed Oil vs Fish Oil

There are in my opinion other advantages with flaxseed oil which I have listed below:

If you have an environment-friendly approach to life, then flaxseed oil comes from a renewable plant source. Fish oil comes from fish and the world population of fish is in serious decline.

I guess the world of those of us who take supplemental oils, will continue for some years to come to have the big debate on flaxseed oil vs fish oil. As I mentioned at the start, the fact that you are taking either is a very good idea, in my opinion.

When Is The Best Time To Take Flaxseed?

How Much Flaxseed Oil Per Day?

Flaxseed Oil Benefits For Men-Weight Loss And Many More